How many times should a young person have their heart tested and when should the first test be done?

Our CEO has written an article on this question. I would invite you to have a look and then you can decide whether you would like to book your son/daughter in for screening again.

This is a question which is often asked. The answer is not straightforward and in all likelihood it will change as we learn more about the conditions which cause young sudden cardiac death, and how and when to best identify those at risk.

Cardiac Risk in the Young wants every young person to have the opportunity to have their heart checked (with at least an ECG) at least once, as soon after their 14th birthday as possible. As it currently stands an initial ECG read by an expert will identify the majority of conditions that can cause young sudden cardiac death.

Some conditions can be acquired (e.g. myocarditis) or some conditions can present themselves at a later age (e.g. late onset hypertrophic cardiomyopathy after the age of 18). Furthermore, when the doctor reviews the evidence (medical questionnaire and ECG) they will be basing their judgement on the information they are provided with. If a person develops new symptoms after the screening (e.g. chest pain or passing out during exercise) they should have these symptoms investigated regardless of the result of the previous ECG screening. The initial ECG done with CRY may be helpful when the doctor reviews a new ECG to see if anything has changed. Some conditions will not be identified on an initial ECG (e.g. Coronary Artery Anomalies) and although these conditions are common and usually low risk, a new symptom like chest pain may be a an opportunity to investigate a person further to identify a condition which has become more serious. Furthermore, if a person becomes aware of a family history of a potentially genetic condition after the screening they would need to be referred to a specialist for additional tests. An example of this would be a young person being reassure after having an ECG with no symptoms or family history who then discovers 3 years later his father has hypertrophic cardiomyopathy (HCM). At this point, as HCM can be a genetic condition, they should be referred to a specialist for additional tests including an ECHO and exercise test. There are also some conditions like atrial septal defects (ASD) which are quite common and can be picked up on an ECHO prior to any symptoms being experienced. If only an ECG is conducted the ASD might be missed and it may only be when a person becomes symptomatic (because the ASD has worsened and is having a greater impact on the way the heart is functioning) that the ECHO test will be conducted which would identify the ASD.

When we think about the age of testing it could be argued that we should test before 14. I am sure one day this will happen as some conditions like long QT and WPW can be picked up prior to puberty. However we need more evidence about the best way to test younger age groups and the impact screening at the earlier age will have before we reduce the age for screening. We currently require a person to be 14 because this is an age when young people have usually gone through puberty. There is still the issue that a proportion of people tested at the age of 14 will have “juvenile” patterns on their ECG and they will need to be tested again to confirm that the pattern has normalised. This is why a percentage of young people CRY tests with juvenile patterns will be advised to return for screening in 1 – 2 years after the initial ECG

As it currently stands, the take home message is CRY wants every person to have the opportunity to have an ECG at least once, as soon after the age of 14 as possible. If someone wants to be retested at a later age they should do this. If at any point they develop new symptoms or become aware of a family history of a genetic condition they should be referred for further investigations.

HOWEVER, the screening recommendations are different for elite athletes. Whilst in the general population (non-elite athletes) the current evidence suggests a cardiac screening with an ECG will identify the majority of conditions which can cause young sudden cardiac death, there is evidence within elite athletes, due to the constant physical nature of their lifestyle, that they should have repeat cardiac screening whilst they are competing. In some organisations this would be every 2 years, others have suggested this should be every 6 months. We would suggest every 2 years as a minimum, ideally every year. Furthermore, due to the nature of their lifestyle, what may be considered a low risk condition for a non-athlete, could over time have a major impact for a person pushing their body to the physical limits every day. This is why there is a strong argument for elite athletes to routinely have ECG testing during their competitive years but also they should have an ECHO ultrasound on at least one occasion to identify a number of those conditions which can be missed during routine ECG screening. It is also important to note that a condition like CPVT will not be picked up on either ECG or ECHO. Whilst this has been believed to be a low prevalence condition it may be that the proportion of SADS deaths which are caused by CPVT are higher than we currently believe. If this is the case it would add additional weight to the argument that, when financial resources are available, a Rolls Royce approach to screening may also include an exercise test with the ECG and ECHO. This is currently what is required by the UCI (international Cycling).

The reality is not many people can afford a Rolls Royce and so we have to look at what is the most cost effective way of identifying the most people with conditions which have the greatest risk. The ECG is the best tool we have, relatively cheap, non-invasive and low false positives. If you do more tests with greater frequency you will identify more conditions but we have to accept the cost of identifying the conditions will significantly increase. It is important to look at the resources which can realistically be made available and to find a balance of what can be offered.

In the future, with the emergence of smart devices incorporating ECG technology, routine, potentially constant, ECG monitoring will be very much part of everyday lives. The research we are doing right now, led by Professor Sanjay Sharma with Professor Mary Sheppard , Dr Michael Papadakis and other experts, will inform how well these technologies work to ensure problems will be treated quickly and effectively when they present themselves. But we are not there yet, and for the moment we need to use the best tools that we have for the job, and our job is to enable as many people as possible to have an ECG read by a specialist to prevent as many tragedies as possible. 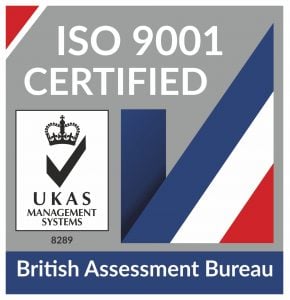 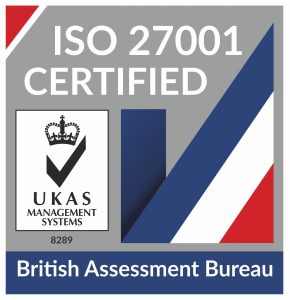 Please do not use Internet Explorer to book an appointment, please use another web browser, such as Chrome, Firefox, Safari or Edge.